When I told people that I was going to work in Port Hedland for a few weeks, the typical response was a wrinkled nose, a sympathetic murmur, or a well meaning warning … “you know it’s a bit of a shithole, right?”

Admittedly, Hedland is not the most picturesque place in Australia. The landscape is stark; unfathomably long iron ore trains snake their way across flat red dirt plains to the giant industrial machinery of the port. The weather is blisteringly hot for much of the year and even a dip in the warm waters of the Indian Ocean provides little relief. Fluorescent orange, hi-vis work gear is the standard attire for every occasion, be it fishing from the jetty, drinks at the pub, or going out for dinner. This is a town that’s got a lot of industry, but not much luxury. 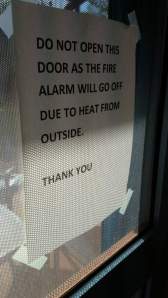 I knew what I was getting myself in to. I’d spent 3 months in Hedland as an intern in 2007 and much to the puzzlement of friends and acquaintances, I was actually really looking forward to going back. Back then I’d found it to be an extremely sociable and welcoming place, easy to make friends and with a great active and outdoorsy lifestyle. I was excited to see what had changed and what had stayed the same. 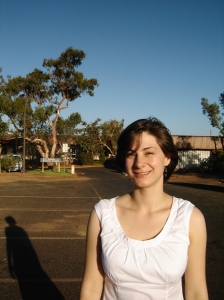 A younger Penny in front of the old Port Hedland hospital

Since I was last there 7 years ago, the town certainly has moved ahead. There are a LOT of new houses and shops, a new gym / sports stadium, significantly upgraded public infrastructure and a brand new hospital. Thankfully, the friendly and inclusive culture was still just as evident the second time around. Within a few days I’d met one of the hospital docs who invited me to an art gallery exhibition where I met several others and all of a sudden I was “in”. I now had company for Friday drinks at the yacht club, outdoor movies, coffee dates, beach picnics, pool parties, wine and cheese nights, dinners and gym classes. This was a very welcome change after some of my more challenging recent locum experiences!

A great example of the local attitude occurred one night when a handful of us accidentally crashed an intimate farewell dinner party, mistakenly thinking that it was going to be a more casual affair. Mortified, we made our apologies and turned to leave, but the gracious host found chairs and plates for everyone and fed us the most amazing fish curry he’d caught and cooked that day. He said “Don’t worry! It’s the Pilbara, we’re all family here.”

Apart from the lovely people, I actually like the town itself, too. The enormous blue sky and the wide open spaces have a refreshing way of putting things into perspective and making you realise how unimportant you are. The beaches may not be pure white sand and turquoise waters, but when shared with good company and a drink in hand, the view is as beautiful as anywhere. There aren’t many nice restaurants and bars but there are some. In fact, the Empire Bar wouldn’t be out of place among the trendy small bars of Mt Lawley or Leederville and the coffee in South Hedland is as good as I’ve had anywhere. 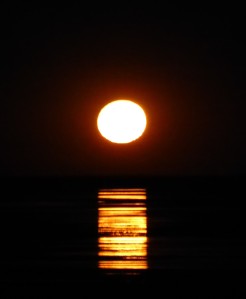 Staircase to the Moon

So it was that I found myself relaxing in the pool after gym class one Saturday morning feeling an overwhelming sense of contentedness. That’s been a pretty rare occurrence for me in a year of frequent unsettledness. I was finally starting to feel like I fit in somewhere.

So what about the work side of things? To be honest, it was a bit of a mixed bag.

I spent the first 3 weeks at the Aboriginal medical service which was interesting, challenging, educational and at times frustrating. I was glad to have had that experience, but I’m not planning to go back there. More about that in a future blog post.

The rest of my time was spent at the hospital as an obstetrics district medical officer. The other DMOs at the hospital seem like a great bunch, led by a very competent and well respected senior medical officer. I’m encouraged by the fact that many of the permanent doctors are ex-locums who liked it so much they decided to come back and stay long term. I was also pleased to see a culture of teaching and learning, including enthusiastic use of guerilla sim led by one of the young anaesthetic DMOs.

However, the labour and maternity ward experience was a quite different to what I’m used to. The midwives are generally fantastic and work very independently. There is a specialist obstetrician who is very “hands on” and likes to be involved with the management of all of the patients and the newborns are all looked after by the paediatricians. Which leaves me with responsibility for… well… not much!

This was quite challenging for someone like me who is used to working very autonomously in both obstetrics and neonates.  I worry that if I came back to Hedland my scope of practice would shrink and with it my confidence in independent decision making and management. On the plus side, having an obstetrician around means exposure to more high risk obstetrics and potentially the opportunity to up-skill in procedures like ECVs, ectopics, VBACs, pre-termers and twins. Hmmm… pros and cons!

Overall, even though I have some question marks about the work, I really enjoyed my time in Hedland and feel like I could have a good life there. It was the final leg of a very long stint away from home and by the end of it, I thought I would be itching to get on the plane back to Perth. In actual fact, I was quite reluctant to leave and my gut instinct was that I would be coming back before too long.

I’ve now reached the stage where I am really ready just to stop in one place, and Hedland could very well be it. I’ve got one more locum booked and I sincerely hope that that’s my final one. However, if Broome is as great as everyone tells me it is, it might just give Hedland a run for its money. Either way, the end is nigh.

Big decisions and exciting times ahead… 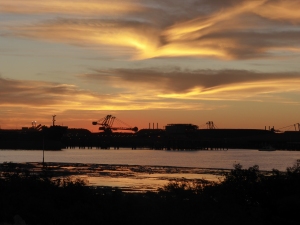 Sunset over the port

9 thoughts on “Feeling at Home in Hedland”

Reflections on a past and a future

EM in 5
unidentifiedflyingdoctor
Life, by Rebecca