I’m back in Perth again after another cross-country jaunt, to the sunny Gold Coast in Queensland. It wasn’t for a locum job this time, but rather to attend a week long obstetric & gynaecology ultrasound course at the Australian Institute of Ultrasound.

Anyone who’s been around twitter or FOAM would be well aware that ultrasound is revered with almost religious fervor by emergency docs, rural docs, retrievalists and anaesthetists alike. Every few days it seems there’s a new and exciting application for ultrasound popping into my twitter feed. There’s even a hashtag (#FOAMus) and lots of great blogs and online resources devoted to its use (see list below).

Of course, sonography has long been an essential tool in the world of obstetrics. Unfortunately, ultrasound training was not part of the DRANZCOG program when I was going through a few years back (although it is now) so my formal teaching in the area was pretty minimal. I’ve managed to work out which end is which on the probe, check if the baby is head down or head up, get a rough idea of the position of the placenta, look for a beating heart and see if the baby is moving. But I was definitely a user of the “bumble-bee” method – where I would just randomly move the probe around and hope that whatever I was looking for would magically appear on the screen!

However, as I’ve been working in more isolated and remote places, I’ve realised the importance of being able to scan and scan well. For example – when a patient comes in to the emergency department with PV bleeding, abdo pain and positive HCG at 6pm on a Friday after the sonographer has gone home, it’s really important to be able to rule out an ectopic. Or when a patient presents for their first antenatal attendance in late pregnancy with no idea of due date and is unwilling to stick around for a formal ultrasound it would be handy to be able to do a half decent biometry scan. Luckily I’ve been able to get-out-of-jail once or twice with the help of some very handy FOAM resources like this one.  But never-the-less, it was time to step up and learn the mysterious arts of sonography.

I was a bit apprehensive going in to the course; my understanding of physics was pretty rusty / non-existent, and with my very short attention span, five days seemed like an awfully long time to spend doing just one thing. However, I’m pleased to report that the course was actually really fantastic and easily exceeded my expectations. The facilities were excellent, we were well fed throughout, the tutors were experienced and very patient and the course was structured perfectly with a mix of lectures, demo-scans and small group hands-on scanning practice with volunteer patients. Also – those unborn babies are pretty damn cute!

The learning curve was steep but I was feeling pretty pleased with myself by the end of the week when I could get a perfectly centred and horizontal femur length on a wriggly baby, calculate an MCA PSV and get a cute profile pic for the mums and dads. The intricacies of fetal cardiac abnormalities etc are still a bit beyond me but at least I have a better grip on what normal looks like and when I should be concerned. I certainly feel like I have achieved a baseline level of competence in both trans-vaginal  and trans-abdominal scanning and the problem now will be trying to consolidate my new skills in the absence of a regular workplace and patients – the perennial challenge for locums!

Outside of the clinical content, the course also provided a great opportunity to network with rural generalists, GP obstetricians and O&G specialist trainees from all over Australia and New Zealand. It’s always great be able to hear about how other places do things and particularly to discuss what’s new in tertiary obstetrics since I went through.

It was also pretty funny trying to explain the concept of GP obstetrics to one particularly intense Kiwi registrar, who was just astounded that the women in rural Australia would “accept a lower standard of care” by not having immediate access to specialist obstetricians and 24/7 operating theatre staff in their local hospitals! Had to bite my tongue a few times during that conversation… But, it was a good reminder that we rural GP proceduralists really do need to keep striving to be at the top of our game to be able to provide the “quality care, out there” that our patients deserve.

A few other non-medical highlights from the trip: 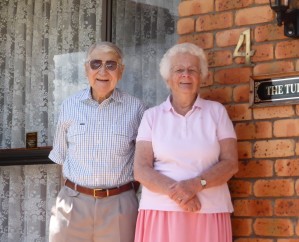 So, to anyone considering undertaking further ultrasound training, I can indeed confirm that your “awesomeness will exponentially increase.” Also, the Gold Coast is highly recommended for a visit, even if your mum doesn’t live there. Why not come to smaccGOLD and kill two birds with one stone?

Let me know of any glaring omissions from the list!

6 thoughts on “256 Shades of Grey: Learning the Art of Ultrasound”

Reflections on a past and a future

EM in 5
unidentifiedflyingdoctor
Life, by Rebecca